The first and last thing you will see (and probably hear) in Kauai is the red junglefowl, aka Moa. They are literally everywhere and have made their way onto ridiculous greeting cards, trucker hats, and even into a dashboard hula girl. Before you ask, of course I bought a mini stuffed animal chicken wearing a lei. The locals claimed there are at least three chickens to every one human. I definitely spent my fair share being a tourist and snapping photos. 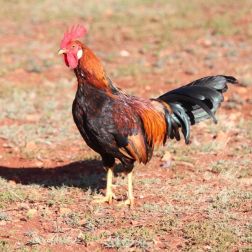 These feral chickens are related to their ancestors that were imported to Hawaii about 1,000 years ago by the Polynesians and to domesticated breeds. This means that they have a mixture of traits from ancient and modern birds. Genetically, they are relatively new because they were only cross-bred with domestic chickens after Captain Cook landed in 1778. 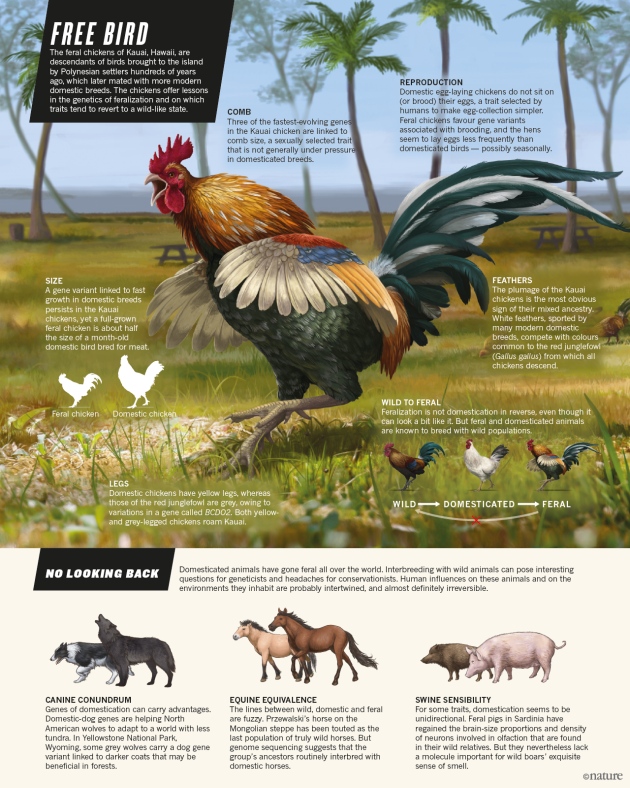 Chicken coops were damaged during two hurricanes, Iwa in 1982 and more recently Iniki in 1992, allowing domesticated hens and roosters bred for cockfighting to breed with wild chickens. By the way, cockfighting laws in Hawaii tend to be a little bit more lenient than the rest of the US but still considered illegal. Since these weather disasters, a love-hate relationship with the chickens has developed. 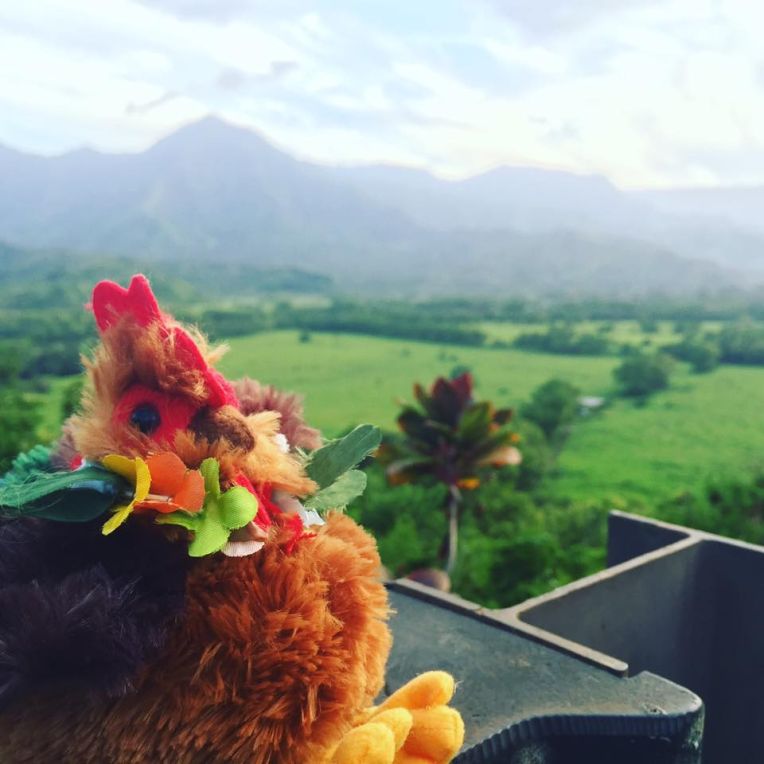 You may wonder why predators don’t regulate this population and it turns out Kauai does not have a mongoose population. There are plenty of feral cats but only pose a threat to chicks. These free-ranging chickens are considered pests in developed areas but state law does protect them in natural areas. I thought they added quite the charm to the island.